Spy pictures of the Batmobile (Batman’s mighty car) on the set of Batman V Superman Dawn of Justice, the upcoming sequel to Superman Man of Steel, have surfaced online, take a look below: 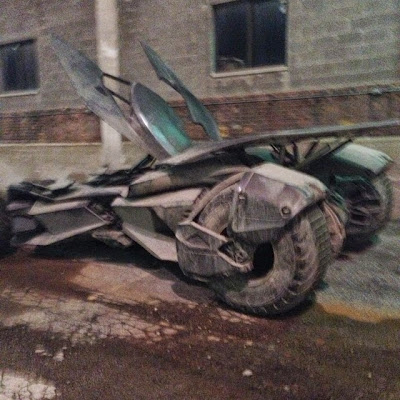 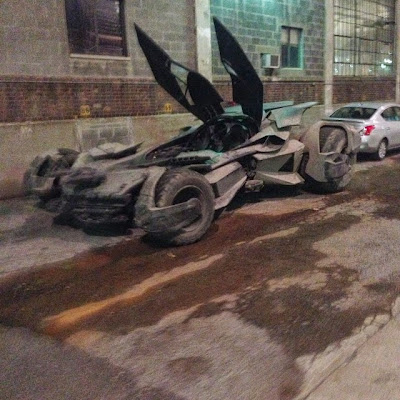 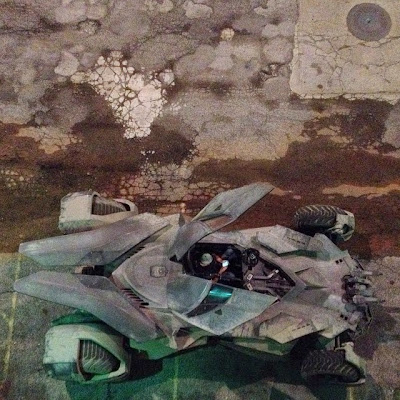 Plot:
“Batman and Superman are at odds! Expect a marvelous fight of superheroic proportions!”

Batman’s car is the bastard child of of a militarized buggy and a coleoptera! Impressive car, isn’t it?