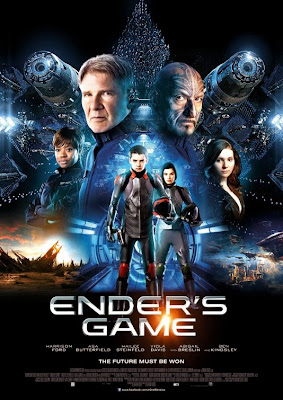 The future must be won.

There are also three new clips from the film, you may watch them below:

Ender’s Game Trailer
Ender’s Game – We need minds like yours, young people who can integrate complex data more easily than adults.
Ender’s Game – Shoot them from below the ice!
Ender’s Game – You will be the last.
Plot:
“The International Military seek out a leader who can save the human race from an alien attack. Ender Wiggin (Asa Butterfield), a brilliant young mind, is recruited and trained to lead his fellow soldiers into a battle that will determine the future of Earth.”