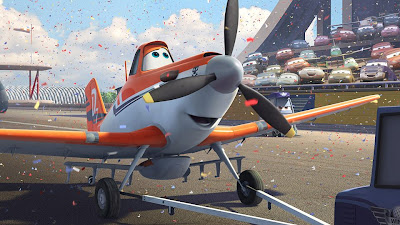 Planes – Dusty you’re not built to race!
Planes – I will see you in the sky amigo!
Planes – She’s like an angel!
That farmer is going to race?
Plot:
“Dusty is a cropdusting plane who dreams of competing in a famous aerial race. The problem? He is hopelessly afraid of heights. With the support of his mentor Skipper and a host of new friends, Dusty sets off to make his dreams come true.”