Clip of You’re Not You, the Amyotrophic lateral sclerosis movie 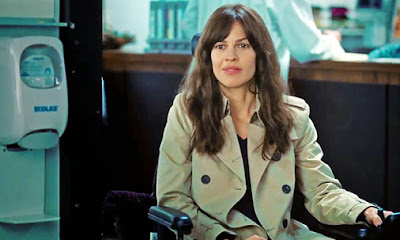 You may watch below a preview clip of You’re Not You, the upcoming drama movie directed by George C. Wolfe and starring Hilary Swank:

YOU’RE NOT YOU
Plot:
“A drama centered on a terminally ill woman (who’s suffering from Lou Gehrig’s Disease) and the aimless young woman who becomes her caregiver.”

Actress Ali Larter is as beautiful as usual!

Anyway, let’s hope that some kind of cure to that awful disease will soon be found!

Trailer of You’re Not You starring Hilary Swank ...