A new official picture of Ender’s Game, the upcoming movie adaptation written and directed by Gavin Hood and based on the novel of the same name written by bigot anti-gay bigot Orson Scott Card, has been released online: 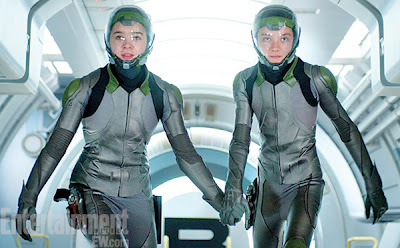 Plot:
“70 years after a horrific alien war, an unusually gifted child is sent to an advanced military school in space to prepare for a future invasion.”

You may recognize Hailee Steinfeld (who played the girl in True Grit) as Petra Arkanian and Asa Butterfield (who had the lead role in Hugo Cabret) as Ender Wiggin.