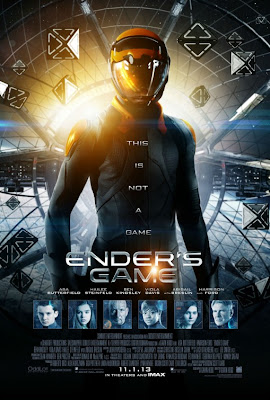 This is not a game.Plot:
“70 years after a horrific alien war, an unusually gifted child is sent to an advanced military school in space to prepare for a future invasion.”

Let’s hope the film will be as exciting as the novel it’s based on!