Ender’s Game – This is not a game!

Yet a new poster for Ender’s Game, the upcoming movie adaptation of the awesome science-fiction novel written by bigot author Orson Scott Card: 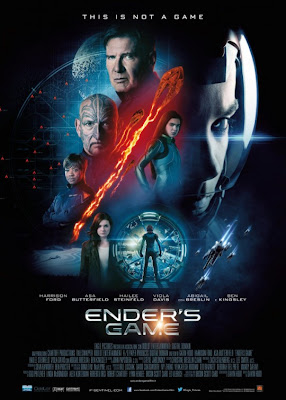 This is not a game!Plot:
“70 years after a horrific alien war, an unusually gifted child is sent to an advanced military school in space to prepare for a future invasion.”

Asa Butterfield, the boy who’s got the role of Ender Wiggin, played the role of Hugo in Hugo Cabret.

2 Clips of Misconduct with Josh Duhamel and Anthony Hopkins ...