A first look at Actors Joseph Fiennes and John Hurt in Hercules The Thracian Wars, the upcoming Hercules movie directed by Brett Ratner: 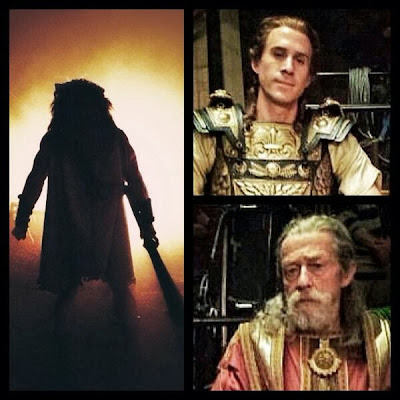 Plot:
“Following his legendary twelve labors, Hercules (Dwayne Johnson), the Greek demigod, has his life as a sword-for-hire tested when the King of Thrace (John Hurt) and his daughter seek his aid in defeating a tyrannical warlord.”

And here’s a picture of an army preparing for battle:

Actor Dwayne Johnson got the lead role as Hercules. Actor John Hurt plays the role of the King Thrace. Not sure yet what’s Joseph Fiennes’s role in the film… Any idea?