Trailer and Poster of Frankenstein’s Army 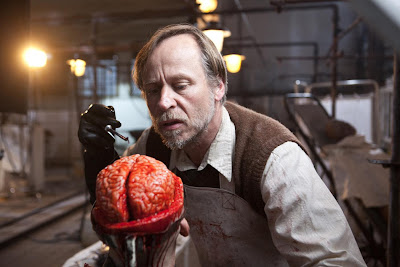 Check out the official movie trailer of Frankenstein’s Army, an upcoming horror B movie directed by Richard Raaphorst and starring Karl Roden:

War is hell, this place is worse!Plot:
“In the waning days of World War II, a battalion of Russian soldiers find themselves lost in enemy territory. Stumbling upon a village decimated by an unseen terror, they discover that a mad scientist (Karel Roden) conducts experiments to fuse flesh and steel, creating an unstoppable army of undead soldiers. Leaderless and faced with dissention amongst their dwindling ranks, they must find the courage to face down an altogether new menace—or die trying.

“A man of vision is always misunderstood”, is it true?

Anyway, two posters of the film: 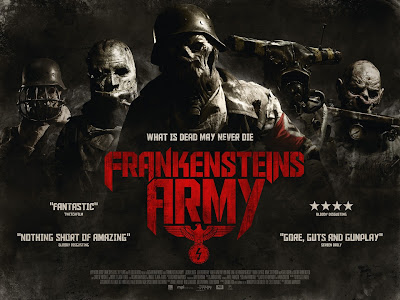 What do you think of the movie Frankenstein’s Army? Share your thoughts below!