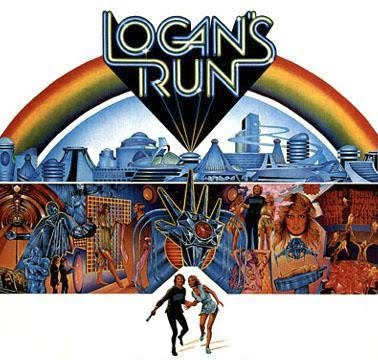 Scriptwriter Alex Garland (who brought us 28 Days Later) has been hired to pen the screenplay of Logan’s Run, the upcoming remake movie that will be directed by Carl Rinsch.

There’s no official release yet for the movie Logan’s Run.
:)

There’s a new Logan’s Run movie ahead of us. Warner Bros has indeed hired Carl Rinsch to direct a remake of the cult 1976 sci-fi film. There’s no release date yet.

According to Producer Joel Silver the film is likely to be in 3D:

“I’d like to make Logan’s Run in 3D. It’s a movie I’ve always been intrigued with, excited by. We’re writing a script now and that should be a big 3D movie and it should be devised and shot in 3D. I think if we can pull it together, then it would be.”
Producer Joel Silver

Plot:
“Logan’s Run depicts a dystopian future society in which population and the consumption of resources is managed and maintained in equilibrium by demanding the death of everyone upon reaching a particular age. The story follows the actions of Logan, a Sandman charged with enforcing the rule, as he tracks down and kills citizens who try to run from society’s lethal demand — only to end up running himself.”

May God save us from such a bleak future! An arbitrary shelf life for humans, how crazy!
:)