Durotan’s wolf cloak and Lothar’s battle armor were on display at the recent BlizzCon, and photos have shown up online, take a look below:

Warcraft Movie Trailer
(Click on a picture to enlarge.) 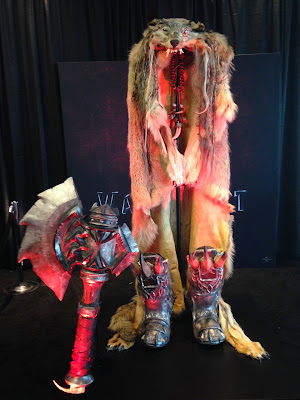 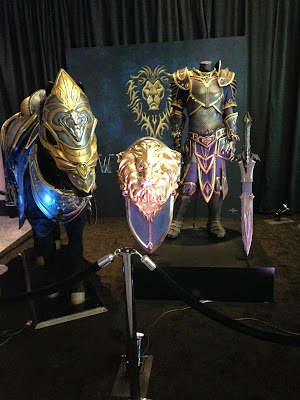 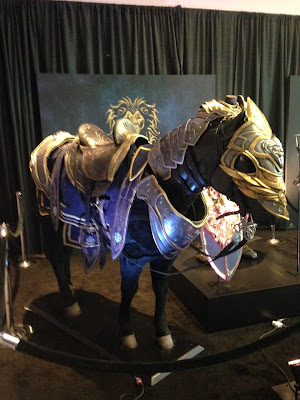 Plot:
“The film portrays the origin story of the initial encounters between the humans and the orcs, with an emphasis upon both the Alliance’s and the Horde’s sides of their conflict. Featuring characters such as Durotan and Lothar, the film will take place in a variety of locations established in the video game series.”

What do you think of those movie props? Would you rather wear the wolf cloak or the battle armor? Would you side with the orcs or with the humans? Why?